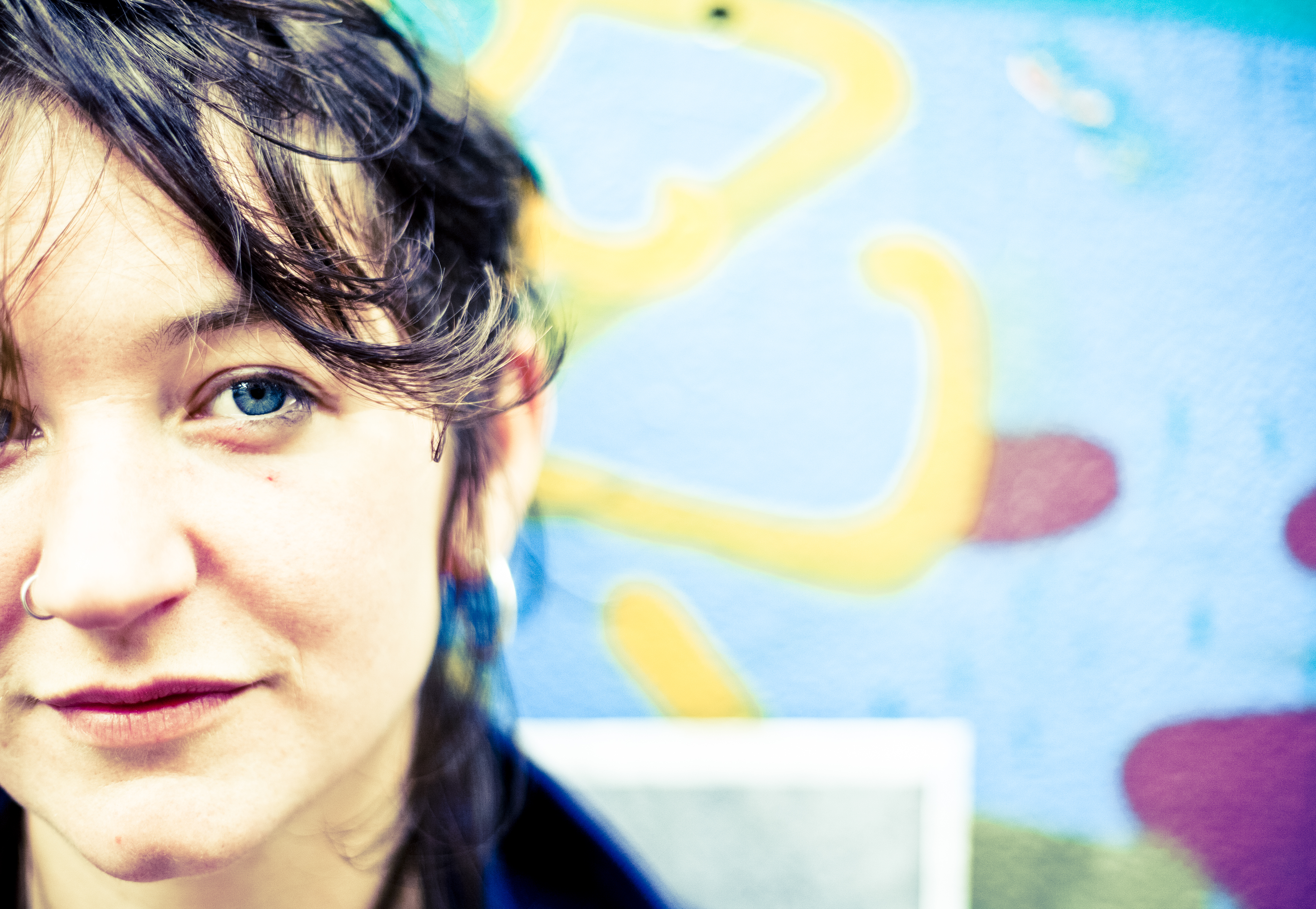 At age 5 Ruth Theodore was told that she would never physically be able to play guitar and following a sledging accident, aged 9, that left her unable to speak, singing and playing the guitar were unexpected career choices. Yet by the age of 14 Ruth was earning money as a singer and guitarist, busking in doorways on detuned guitars. Remaining true to her own unique sound and signature guitar style Ruth has gone on to perform her songs alongside legendary artists such as Ani Difranco at the London Palladium, and Dar Williams at London’s Bush Hall. Ruth has recorded her own compositions in collaboration with highly respected international producers and musicians, and released four critically acclaimed solo records.

Free from knowing the names of the strings, Ruth’s guitar playing and use of unconventional techniques and unique tuning structures bewilders guitarists. Composing and arranging all of her music by ear Ruth can be heard in recent recordings applying her own unique style to Piano. Starting to create her own music as a teenager, teaching herself guitar and busking on Southampton High Street, when staying in the doorway of a branch of WHSmiths.

Moving to London in 2006 in search of music, Ruth slept (secretly) beneath a workbench in an disused turkish delight factory, which years later she and a team of musicians transformed into a recording studio. It was here that Ruth met engineer James Hurst, where River Rat Records was founded and consequently where Ruth recorded and released; White Holes Of Mole Hills (2010) and Dear Lamp Love Moth (2013), receiving critical acclaim from the UK media, with reviews running in The Guardian & The Observer, BBC Radio3 and BBC 6 music, alongside rave reviews in music magazines Mojo, Q, fRoots and more.

In 2007 once the workbench had become a drum booth Ruth moved on to a tiny narrow boat with no heating or electricity on the River Lea in East London. Her home for the last 10 years. The river and the land on which she moors have been a great source of inspiration. Keen to continue creating music on the water Ruth single-handedly converted a larger boat into a studio and rehearsal space which has become the base for her band, the new home for River Rat Records and the venue for the ‘live’ EP ‘Earth to Shovel’ 2014.

Ruth’s fourth and arguably her most popular album “Cactucus” was born from a collaboration with US producer and bassist Todd Sickafoose. Todd Produced Anais Mitchell’s widely acclaimed ‘Hadestown’ and not coincidentally is bassist for American Folk legend Ani DiFranco with whom Ruth performed two solo shows at London’s Union Chapel in 2012, invited back with her band as a special guest later in 2017 for one sold out show at The London Palladium.

Ruth has performed many venues and worked with many musicians over the years and as a result of this River Rat Records now programmes live events for established artists that have organically come into contact with the label.
Having been influenced by the ever supportive team at Green Note (London), Ruth has been developing the cellar venue at The Hyde Tavern (Winchester), since 2017 which hosts international acts and prides itself on a musician friendly and highly transparent ethos.

Ruth is currently writing new material, and working as a piano tuner in Camden Market, London.